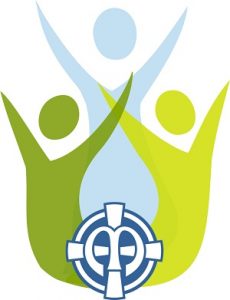 We have just celebrated Christmas – the birth of our Lord. The words of the gospel “… because there was no place for them in the inn” (Lk 2:7) startle me. For many people, these words are still reality today: because … there was no room for them. More people than ever experience this cruel reality today … because there was no room for them. In their home country, they have no place where they can live quietly. In the land of their hope, they often find no place. That is one side, but – and I am grateful for this – there is the other side as well. There are people who try to give these homeless people a dignified existence in various ways, not just by materially supporting them, but by sharing life with them through affection, patient listening, support in government agencies, and, and … Yes, just do not leave them alone in their daily life, with the problems that the other new culture imposes on them.Your Content Goes Here

When Jesus Christ was born, he did not find a home; he was turned away with his parents and he came into the world in an old stable and on the margins of society. Nevertheless, he shared home and closeness with the people.

Just as the reasons for their flight are diverse, so too are refugees’ lived experiences in Germany diverse. Felizitas Freifrau von Boeselager, who is part of the Brakeler Flüchtlingshilfe, an organization in Brakel, Germany that helps refugees, has been advocating for young, single-arriving refugees and refugee families for years. Here she recounts very different experiences:

Faqui, from Syria, married a Moroccan woman who has had a Syrian passport since marriage. At the outbreak of the war, his wife flew with their children via Morocco to Paris and from there to Frankfurt. Finally, they came to East-Westphalia (part of Germany), where the city administration provided a small accommodation for them. The older children were soon admitted to elementary school (classes 2 and 4) while the girl went to kindergarten. The mother completed a beginner’s German course and consistently did well. Since she herself grew up with French, learning vocabulary was not difficult. The man came in 2016, partially on foot on the Balkan route. Smugglers took him in a truck to the border. Then somehow, he got to Munich and managed to leave the Munich train station via a back exit so that the police, who were escorting new refugees to a central accommodation, would not pick him up. With the help of a ride, the husband reached his family in East-Westphalia at night. Unfortunately, the new beginning of the family in Germany led to the divorce of this couple. The man took the passport from his wife, so she could not leave Brakel. The fact that women are beaten in Arab families is well known and reflected here as well. The woman had to be temporarily housed in a women’s shelter with her children. Sole custody of the children was awarded to the mother by court order reinforcing her freedom of self-responsibility for herself and the children. She knows that she can lead a self-determined life and she wants to.

The situation of women from Eritrea is problematic; in their home country, they were generally unable to attend school. Now their disadvantage is that they cannot take an integration course until their children have a place in kindergarten or can go to school. Some have also had more children in Germany. It is extremely difficult to reach an understanding with the authorities. We help as much as we can; a German volunteer takes care of the little ones for 1- 1 ½ hours while a second person gives German lessons to the mother in an adjoining room.

I met Edris, a refugee from Afghanistan, in the German course; he wanted more explanations and help than was in the textbook. He immediately put his learning into action by going to a store and using the exact questions that we had practiced for buying a jacket or shoes. Quickly there was good communication. Edris already had a good English vocabulary, so that the German grammar structures were not completely foreign. He found a job in a wood company, which immediately offered him an apprenticeship. He has since completed this with flying colors and is a competent foreman in the company.

Already in 1997, the churches wrote in their joint word on migration and fight (130): “Departure, immigration, migration, flight and strangers are not temporary phenomena of our time, but are and remain basic conditions of life in this world. They must not be viewed unilaterally as negative. Migration also means meeting other people, languages ​​and cultures. ”

Reflect on the following theses by yourself, with sisters in the community, and with people you encounter during the day:

In addition, our Directional Statement Love Gives Everything invites us to “expand our understanding of interculturality and commit to develop skills for intercultural living in community and society” (based on You Are Sent, General Directory 36).

God loves every human being and wants each person to be well, as shown in the stories of encounter in both the Old and  New Testaments, as, for example, in the book of Ruth, the story of Joseph, and so on. The Bible teaches us how to deal with the stranger.

Lord, God of peace and love, we thank you for all yearning, all endeavor, all action, which inflames your spirit of peace and love in our time. Open our spirit and our hearts even more to all our brothers and sisters who now need love so that we become more and more women of peace, hope and love in the heart of our world. Amen.

After a prayer from Pope Paul VI