Thank you to the outgoing General Council 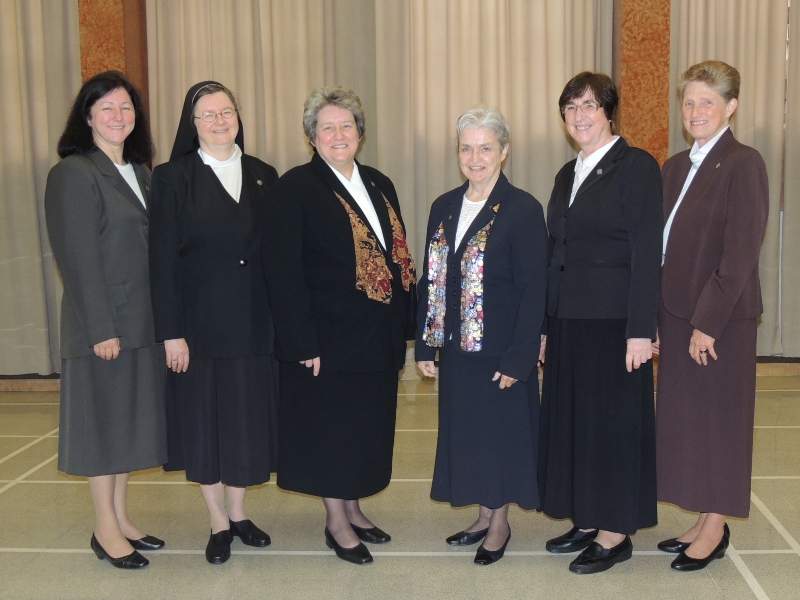 There were two “agenda” items today. The first occupied the morning and afternoon. Chapter members met in various groupings to discuss three of the Acts of the 23rd General Chapter in light of recommendations made in the State of the Congregation Report.  They were asked to consider if these Acts were completed or had been integrated into the ongoing life and spirit of the congregation. If yes, they will be abrogated by this General Chapter. If no, what should continue? What needs to be adjusted to reflect the new situation of the congregation today?

The second agenda item for the day was the festive thank you to the outgoing General Council. This had both serious and humorous moments. Hopefully the photos capture the tone of the evening. We began with the celebration of the Eucharist, followed by a festive meal, a prayerful thank you and blessing, and a hilarious social. 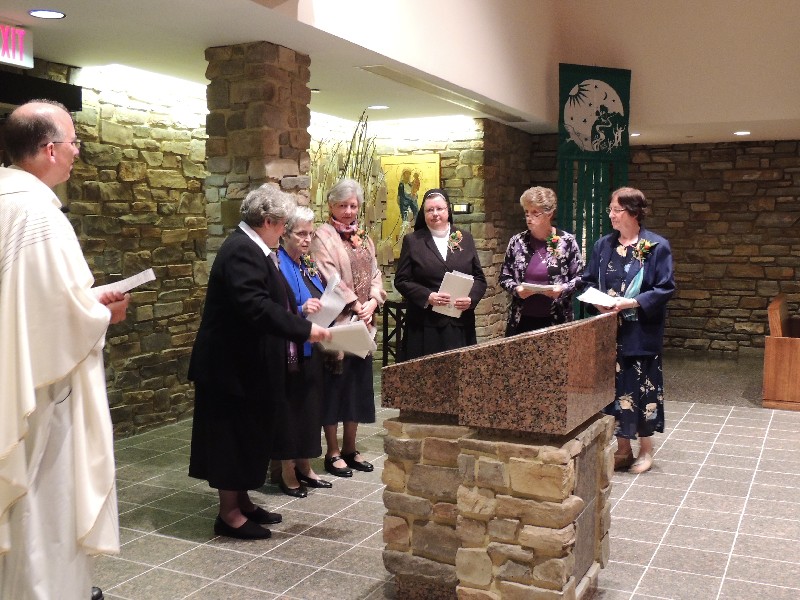 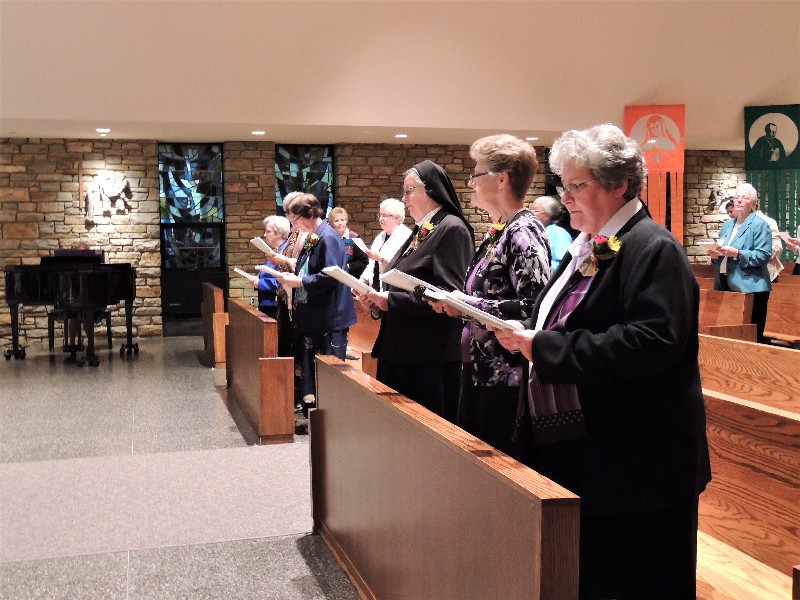 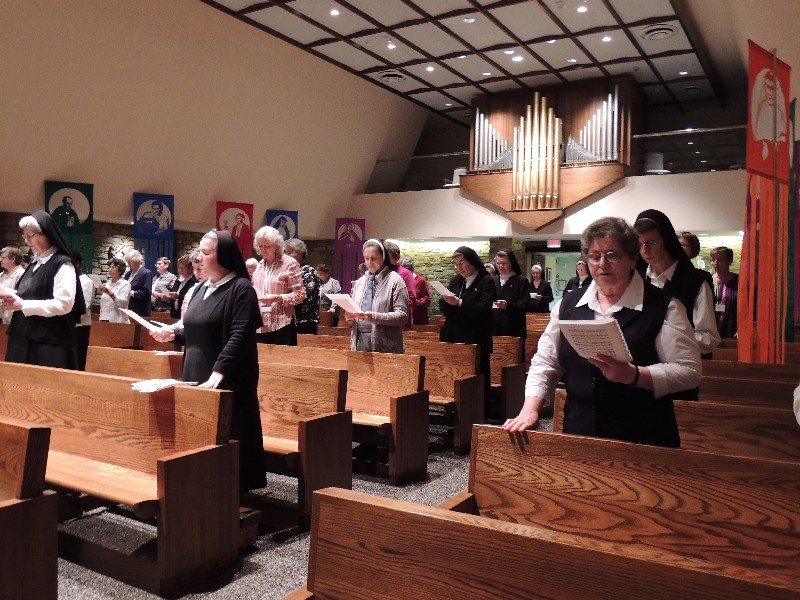 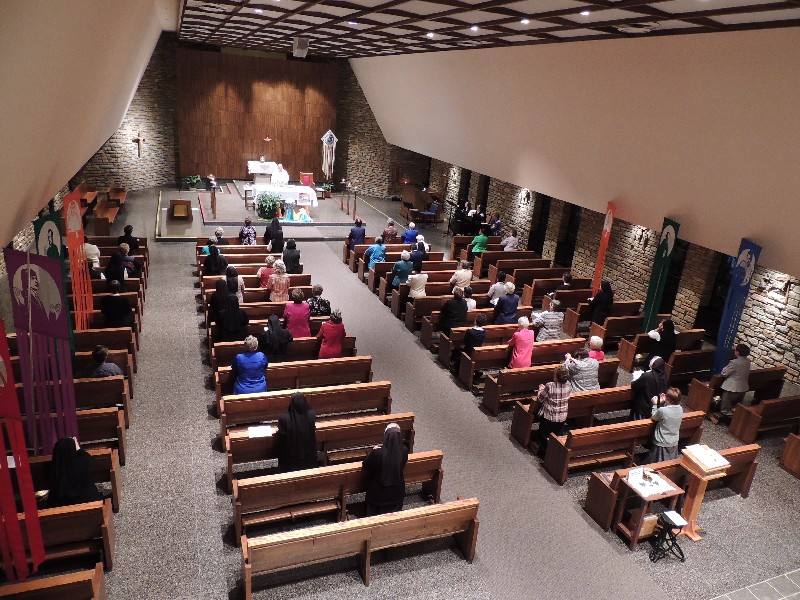 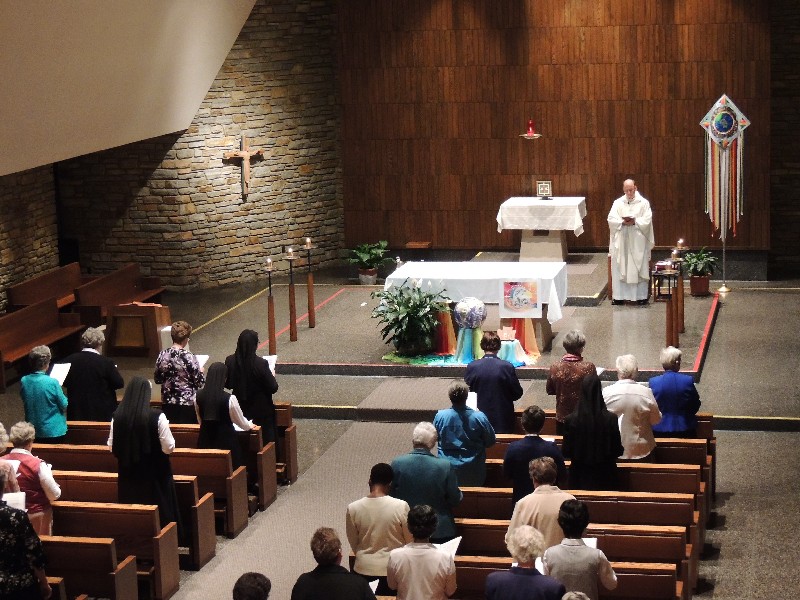 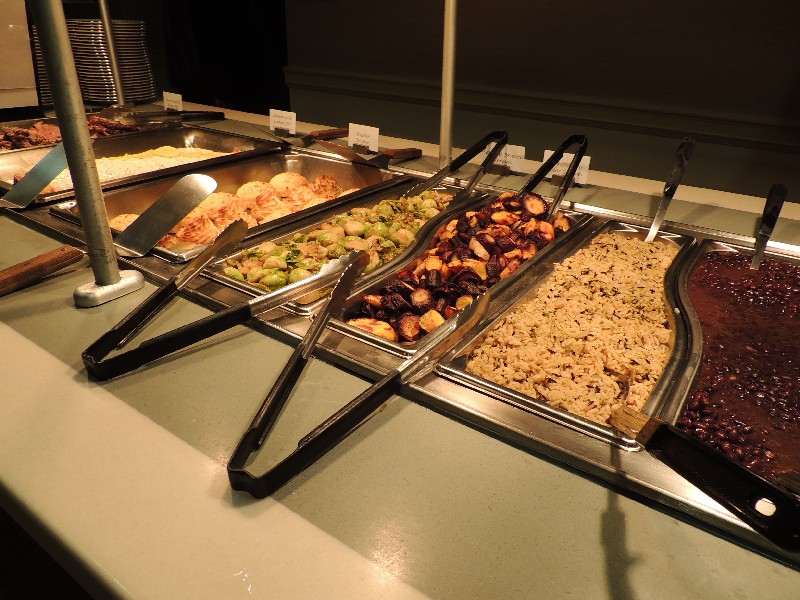 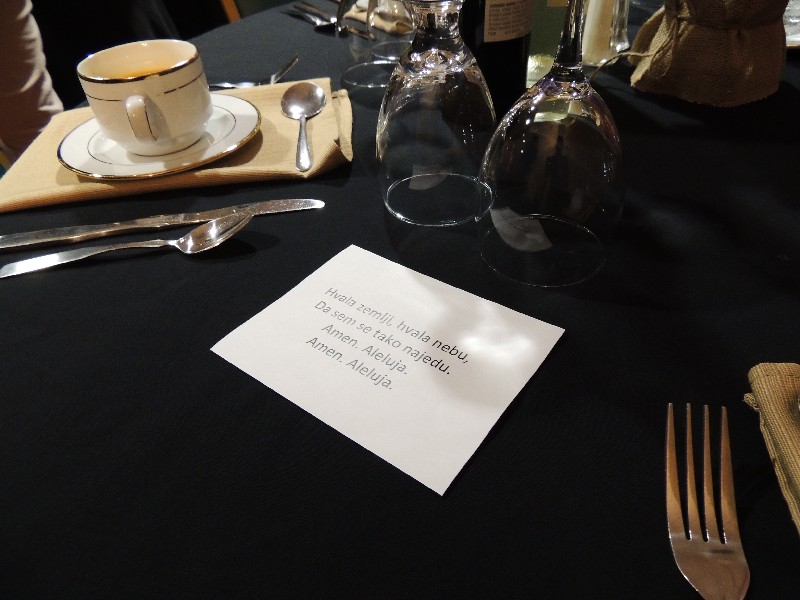 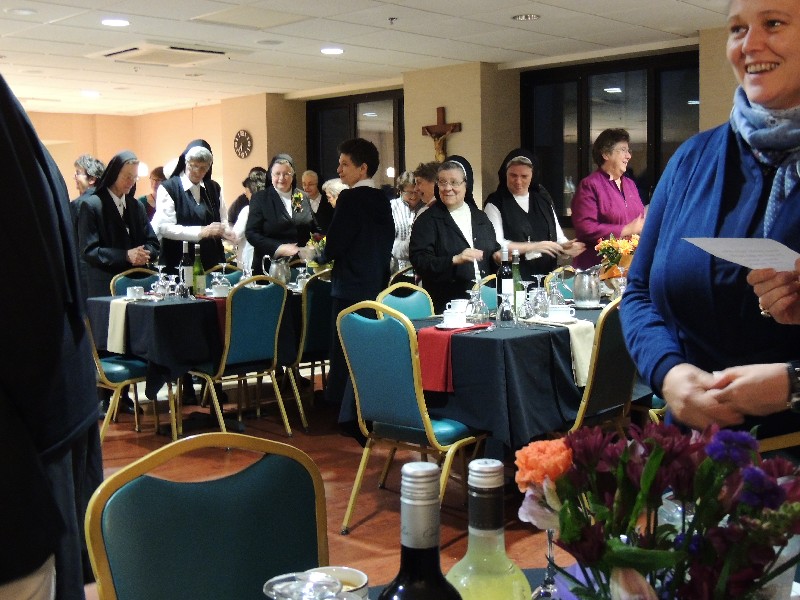 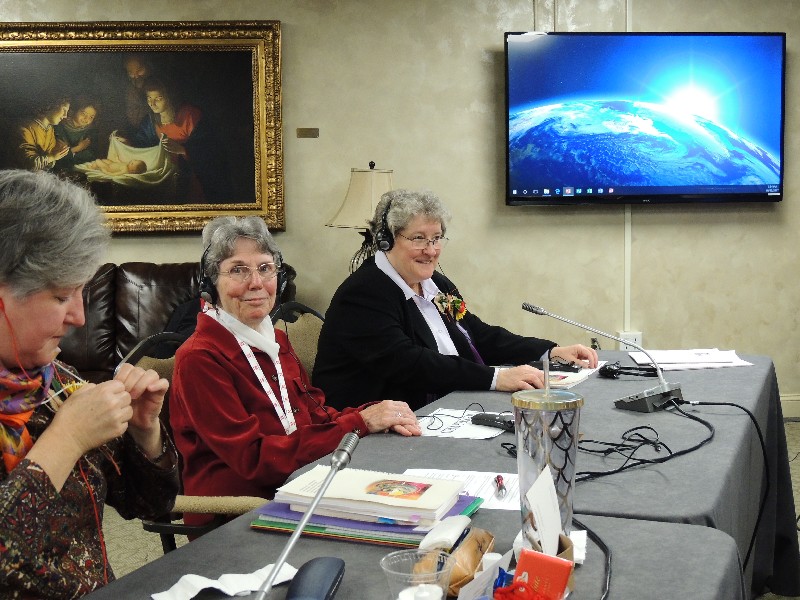 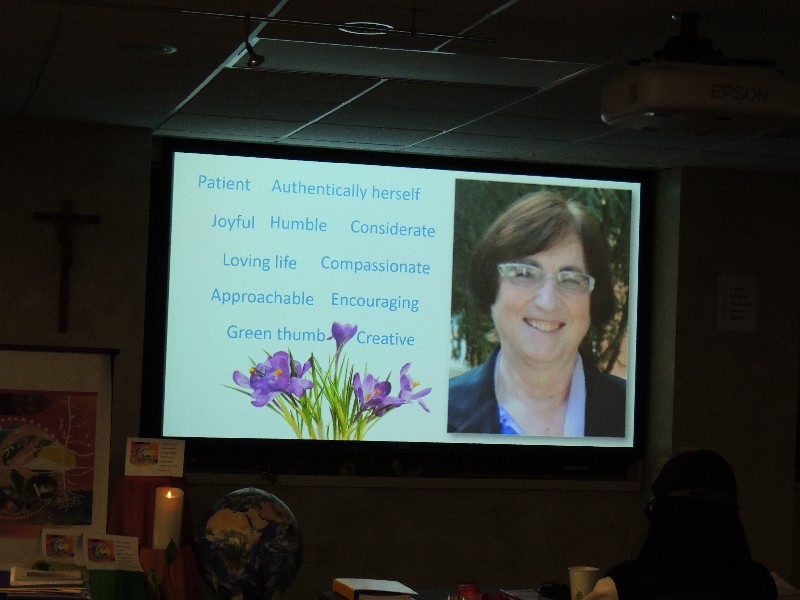 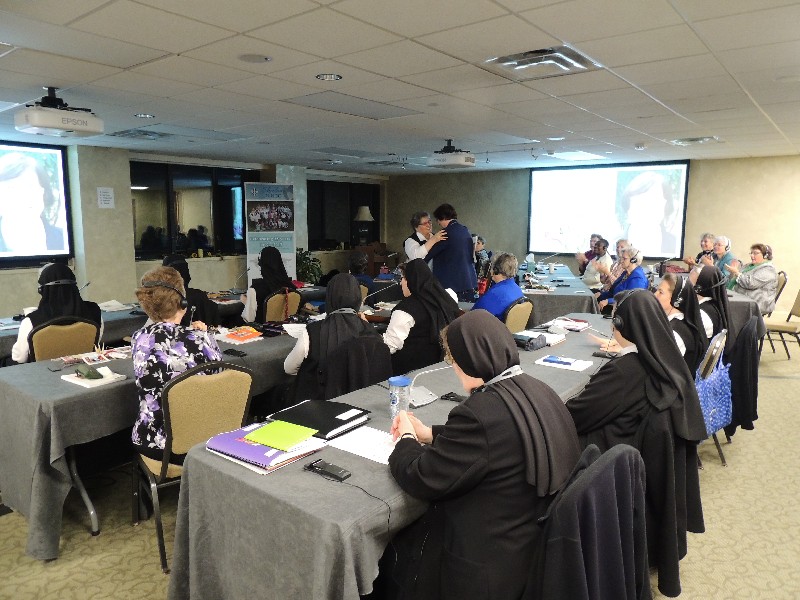 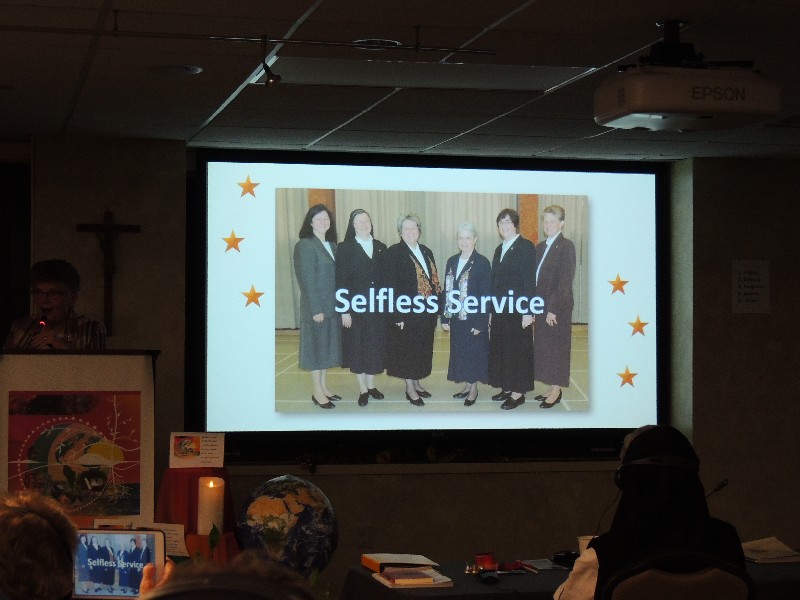 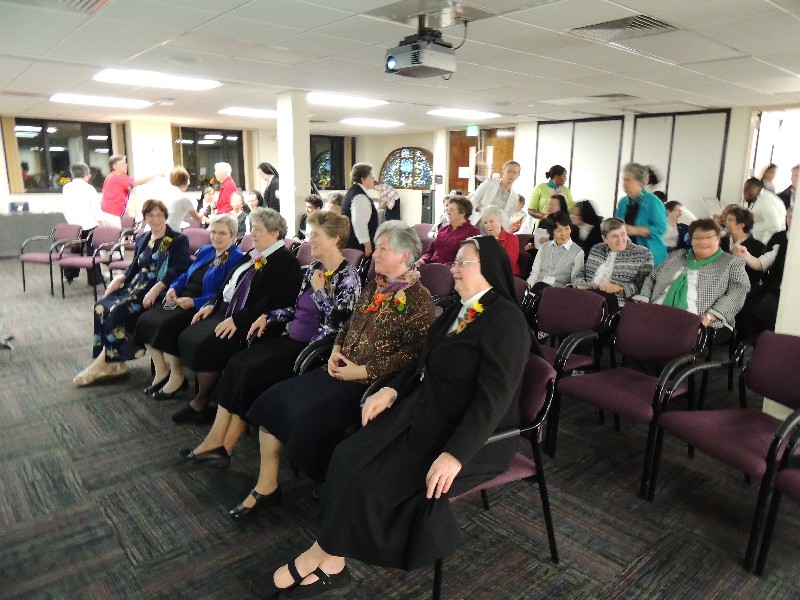 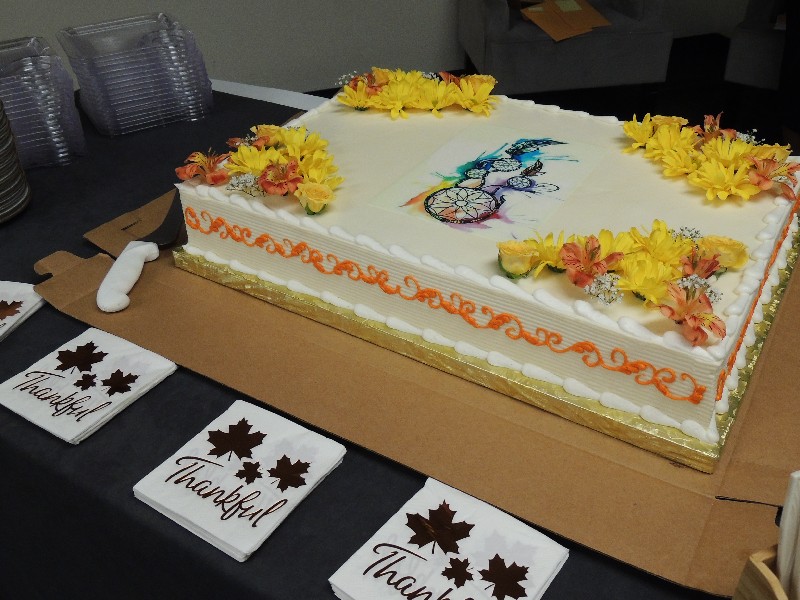 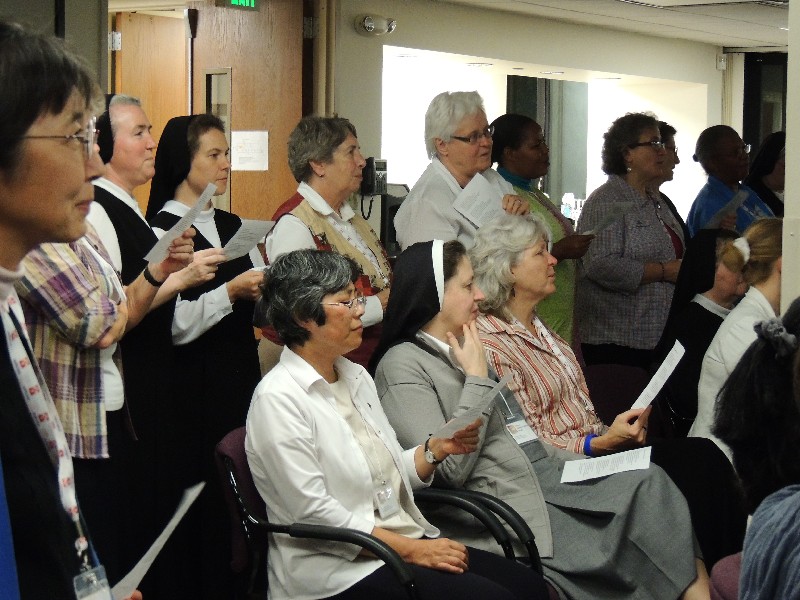 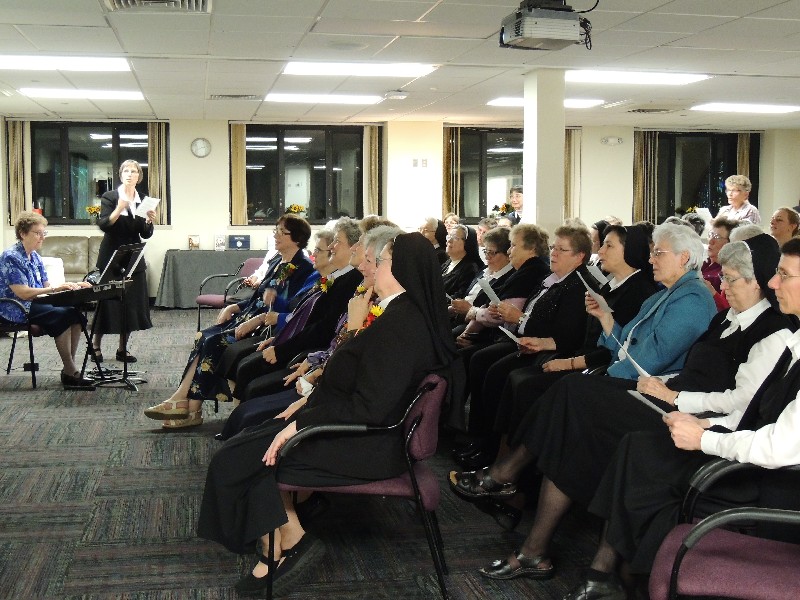 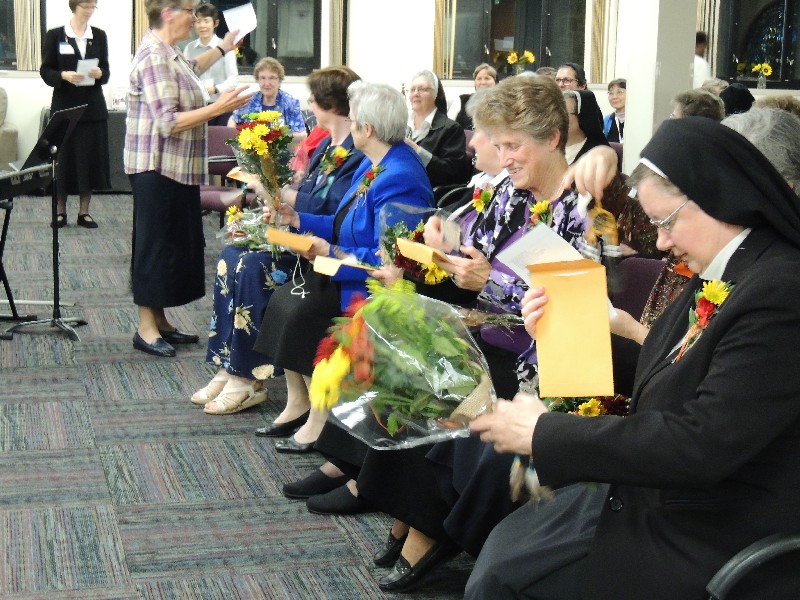 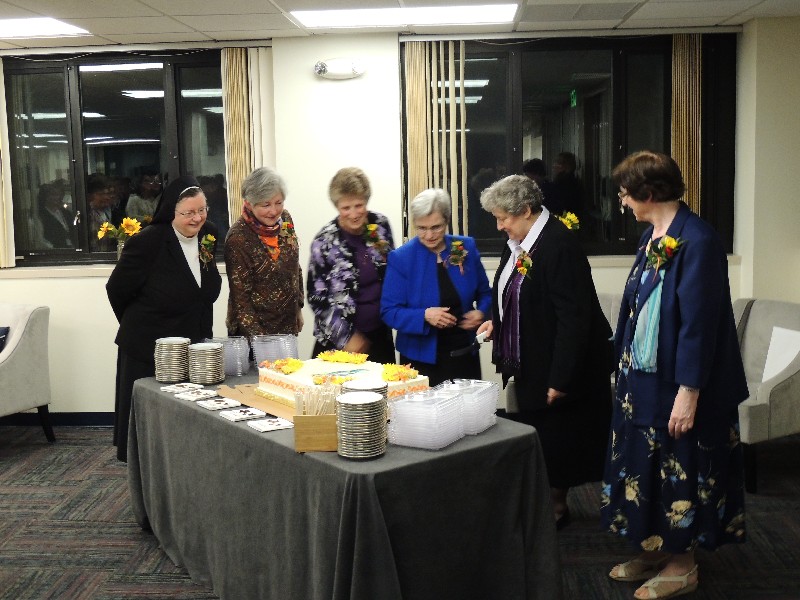 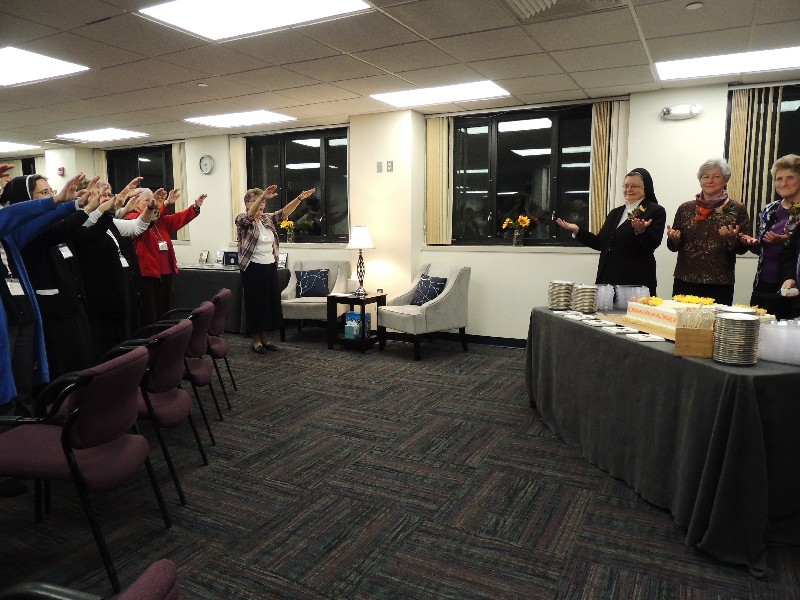 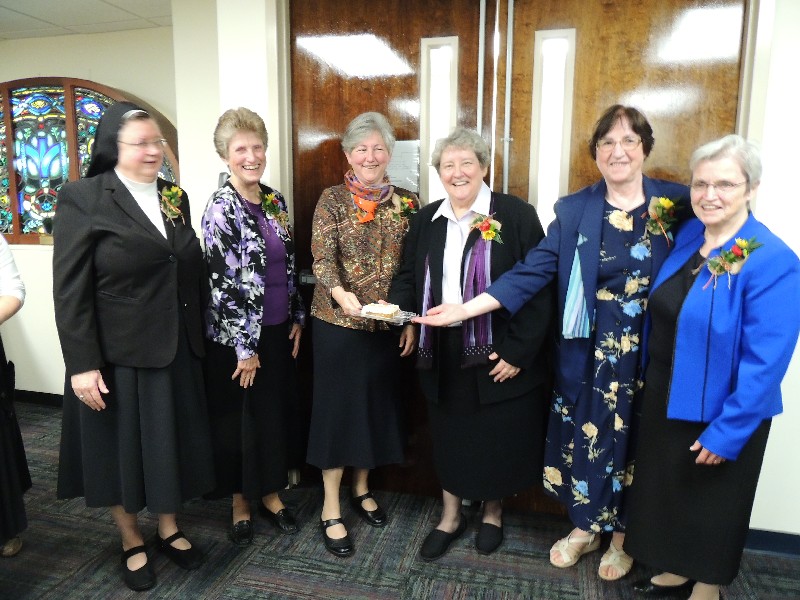 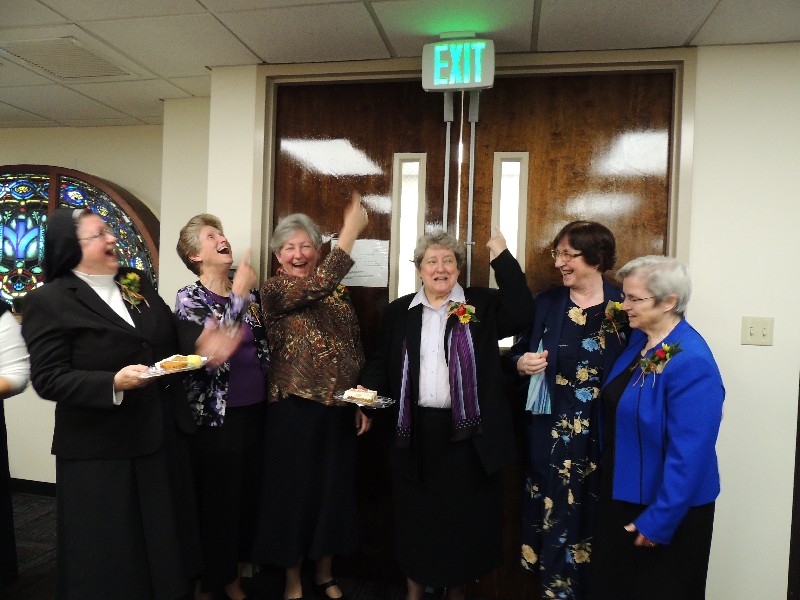 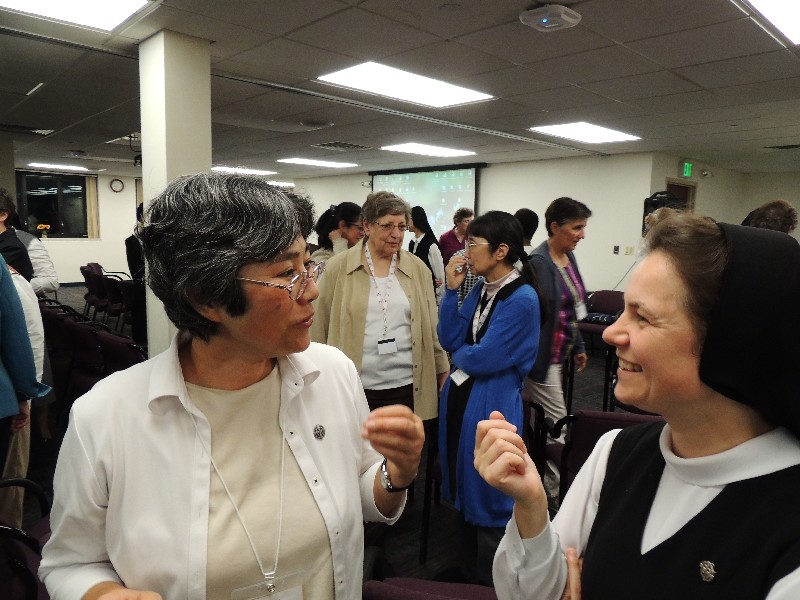 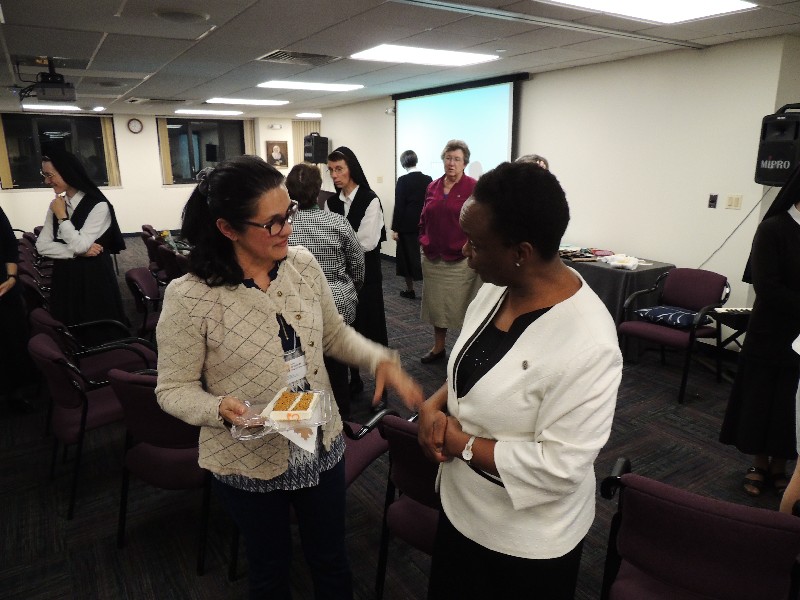