Justice, Peace and the Integrity of Creation

A concern in all of our ministries is the establishment of a just society. We work both to enable persons to reach the fullness of their potential and to create a global community where human dignity is respected, the environment is treasured, and spirituality is nourished.  The needs of women, children, and those who are poor are our particular focus.

Our internationality challenges us to develop a global vision and prepares us to serve people of different cultural backgrounds. Together we witness to the possibility of overcoming national and cultural barriers so that all may be one in God.

In this spirit, the we, School Sisters of Notre Dame

Shalom is the international network for justice, peace, and the integrity of creation for the School Sisters of Notre Dame. Each sister and associate is a member of the Shalom Network. The network is guided by an international coordinator stationed at the Generalate in Rome and five continental branch representatives working with contact sisters and lay collaborators in every country where sisters minister.

This is what the Lord asks of you: only this, to act justly, to love tenderly, and to walk humbly with your God. Micah 6:8 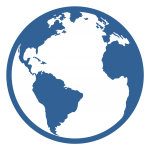 Blessed Antonina, a patroness of Shalom

Sister Maria Antonina Kratochwil was beatified in the group of 108 martyrs of World War II by Pope John Paul II, in Warsaw, on June 13, 1999. The feast of the 108 martyrs including Bl. Antonina is celebrated on June 12 each year.  We also remember Bl. Antonina on the anniversary of her death, October 2. [More …]

8 June: Day VI – Simple and poor in spirit and in life

Lord Jesus Christ! Blessed Sister Maria Antonina experienced hunger, and yet she shared with other prisoners a portion of her daily bread.

7 June: Day V – Obedient to God in all things