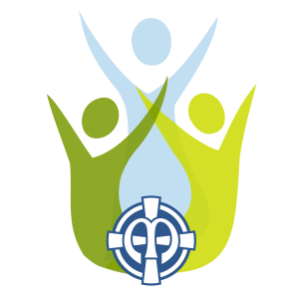 Children today worldwide tend to live under very challenging realities. Some live under the pressure of becoming successful persons in highly economically competitive societies, while others struggle to have the basic necessities such as food, shelter, health, and education. There is no time to play with their friends. They are not free to be who they are. As a result, they lose confidence in themselves. Children whose parents or caretakers do not have money or the intention to send them to school, they drop out and lead a life of dropouts for the rest of their lives. They often feel abandoned by society. There is great concern about the growing numbers of children suffering from peer bullying, teacher harassment, and parental abuse.

God loves and cares for everyone, but has a special concern for the helpless. Children are the ones who are not able to express their suffering from peer bullying, a teacher’s harassment or parental abuse. Often, their suffering and pain are invisible and usually they need others’ help to get out of their difficult situations. Let us ask Mary to pray with us so that we may see and feel the sufferings of women and children and respond to their needs.

A female Japanese lawyer, Setsuko Tsuboi, and other people opened a Children’s Shelter in 2004 in Tokyo, Japan. In the early 90’s, she was working as a young lawyer with teenagers who became delinquent. She realized that there were no safe places for them to go to when they ran away from their homes.

In 1994, when the Japanese Government ratified the United Nations Convention on the Rights of the Child, the “Child Rights and Juvenile Law Committee” of the Lawyers’ Association in Tokyo started the “ Play Project” to create and perform one play yearly to share the realities of the sufferings of children with the general society. Lawyers invited children with whom they had worked to join in the” Play Project”. Setsuko Tsuboi was the script writer of those plays. In 2002, she wrote a play about the dream of a Children’s Shelter. Through the play, her dream of setting up Shethe Children’s Shelter was shared with more people and the Children’s Shelter Preparatory Committee started to work. The Committee met monthly to overcome barriers one by one. For example, each child had a lawyer in charge of protecting him or her, and the attorneys’ fees were paid from Children’s Legal Aid System which was created by lawyers’ membership fees. Through the joint efforts of professionals from different areas of society, the Children’s Shelter finally opened in 2004.

It was a very important first step. Now there are more than twenty shelters in Japan. It was also important to institutionalize them and to keep developing them. However, to address  children’s suffering, these actions are not enough. They will not eliminate children’s suffering. As Setsuko Tsuboi has worked with children, she learned two things. One was to admit that she could not save all the children, but she could stay with them and pray for them so that they could live. The other was that children need to go through a process of healing and regain confidence.

It is very important that staff members of the Children’s Shelter, lawyers, nurses, doctors and volunteers, share the same basic principles/philosophy when working together with children. First, it is good for you to be born. You are good as you are. Second, you are not alone. And third, you can choose your own way and can walk as you wish. They repeatedly reinforce these ideas when working with the children.

(Taken from “Children whose rights are taken away—children’s rights from the poverty point of view” edited by Tomisaka Christian Center, published by Kyobunkan Christian publisher; article 5 by Setsuko Tsuboi “Children who don’t have place to stay tonight—reality of Children’s Shelter”)

Triune God you created all human beings equal in dignity. In our world filled with hunger, poverty and violence, pour forth into our hearts your love and inspire us to actions of dialogue, justice and peace as we educate, advocate and act in collaboration with others. May our hearts be opened to all the peoples and nations of the earth. In the spirit of Blessed Theresa of Jesus, may we live mission in the heart of the world as women of peace, hope, and love. Amen!