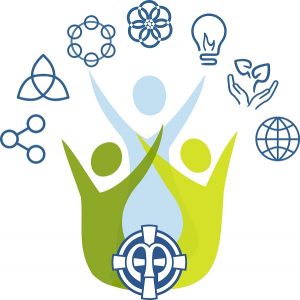 “Deep faith and high courage urged Mother Theresa to risk already meager resources to satisfy needs wherever she was called. In her spirit, we respond to God’s call expressed in our times.  …we exclude no one from our concern, but we are especially sensitive to youth and women and are impelled to prefer the poor.”  (You Are Sent, C. 24)

As an international congregation, we can take advantage of the International Day of Women, March 8, to reflect on our efforts to promote the dignity of women and of children. It is also an apt moment to reflect on the advances that have been accomplished, to request more changes and to celebrate the courage and determination of women who have stood up and played a key role in the history of their countries and communities. (Reference: United Nations Women’s Day webpage)

Merciful and loving God, help us to be attentive to the situation of women and children in our area and in the wider environment so that we might take concrete actions to promote the dignity of each person.  “For us, education means enabling persons to reach the fullness of their potential as individuals created in God’s image and assisting them to direct their gifts toward building the earth.”  (YAS, C. 22)     May this be our commitment in the name of our teacher, Jesus Christ.  Amen.

On November 25, 2017, the date on which the International Day for the Elimination of Violence Against Women is remembered, several groups spoke on social networks about the recent cases in the country of Peru. “Things have not changed.” This is the phrase that summarized the call spread on social networks for a new march “Ni Una Menos” (“Not One Less”) against the aggressions that thousands of women in the country are suffering. In less than a week, three cases have impacted the country: the aggressions against the wife, Lorena, the case of Vanessa who was disfigured at the hands of her ex-husband, and the case of Micaela who was dragged by her companion down the street to their apartment. Thousands of people attended the march to Plaza San Martín in the center of Lima, raising their voices to reject gender violence in its various expressions. Several religious sisters participated in the march, including our Sisters Lucy and Lili.

A second example occurred in February 2018, in our same area of San Juan de Lurigancho, in Lima, where a girl, Jimena, aged 11, did not return to her home after attending the craft workshop of the summer vacation program for children at the Canto Rey Police Station. The next morning, the girl’s burned and violated body appeared in the middle of the public thoroughfare. The family of the murdered girl called for a march of the people on February 8, 2018, to request security and exemplary punishment in cases of rape of minors. Jimena’s father said that the mobilization called “March for justice, security and peace for our children” is aimed at the Congress to demand that better laws be created to protect girls and punish rapists. Our Sister Lucy also participated in this march.

Violence against women is any action or behavior that may cause death to women and/or physical, sexual or psychological harm in the public or private sphere. Violence does not distinguish ethnic group, income level, culture, education, religion, age or sex.

For the visit of Pope Francis on January 19, 2018, to Puerto Maldonado, in the Peruvian Amazon rainforest, the local Church warned that the arrival of gold prospectors and the mining exploitation of the territory has fostered the scourge of sexual exploitation of girls and women. Pope Francis denounced the “trafficking of persons”. “It is painful to see how in this land, which is under the protection of the Mother of God, so many women are devalued, denigrated and exposed to endless violence. … Violence against women cannot be treated as “normal”, maintaining a culture of machismo blind to the leading role that women play in our communities. It is not right for us to look the other way and let the dignity of so many women, especially young women, be trampled upon.”   (Pope Francis, Meeting with the Population, Jorge Basadre Institute, Puerto Maldonado, January 19, 2018)

“… there exists another devastating assault on life linked to this environmental contamination favoured by illegal mining. I am speaking of human trafficking: slave labour and sexual abuse. Violence against adolescents and against women cries out to heaven.” (Pope Francis, Meeting with the Peoples of the Amazon, Madre de Dios Coliseum, Puerto Maldonado, Friday, January 19, 2018)

What is the situation in your country especially regarding women and children? Do they have a decent life and can they develop and educate themselves to be good adults in society?

The Triune God impels us into the heart of the world to be women of peace, hope and love.   (SSND Directional Statement, October 24, 2017)

May God the Creator, care for all of us and keep us steadfast and faithful in our holy vocation!

May God, the Son, deliver us from all evil of sin; may He be the Way that we walk, the Truth that we follow, the Life that we lead!

May the Holy Spirit preserve us in his love and grace!

May Mary, the mother of divine grace and mother of our congregation, carry us in her loving and maternal heart and guide us in life and in death!    (Blessing of Mother Teresa, adapted)