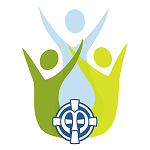 On July 30th, we recognize the World Day Against Trafficking in Persons. Approximately 40 million people are victims of human trafficking, and nearly one-third are children. Additionally, more than 150 million children—one in ten, globally—are performing child labor, defined as “work that is hazardous, demands too many hours, or is performed by children who are too young.” The UN has designated 2021 as the Year for the Elimination of Child Labour, and urges each of us as individuals and organizations to take direct action to ensure that all children can flourish. (see Practical Guide)

During this Year for the Elimination of Child Labor, we remember the millions of children around the globe who are enslaved, or unsafe, or prevented from accessing educational opportunities and other necessities they require to thrive! Let us pray for them, and for us—that we may have the courage and fortitude to work for justice on their behalf.

Alejandra, 12 years old, helps to support her parents and seven younger siblings by working fourteen hours every day collecting small mollusks in a mangrove swamp in El Salvador. She smokes cigars to repel the rampant mosquitos. “Alejandra … has no time to go to school or play with other children. Anyway, she prefers not to play with other children because they say she smells bad and exclude her from their games.” Child Labour Stories

Evelyn Benèch of Haiti was 10 years old when she was trafficked into restavèki slavery. Her parents, too poor to sustain her, sent her to live with a family in Port-au-Prince. The family promised to foster Evelyn and provide her with an education and care, but, instead, abused her and forced her into domestic servitude. (Beyond Borders)

Dario, a 16-year-old in the U.S., recalls the grueling and physically debilitating experience of working on a tobacco farm in Kentucky: “You get tired. It takes the energy out of you. You get sick, but then you have to go right back to the tobacco the next day.” (Hazardous Child Labor in United States Tobacco Farming | HRW)

Masuda, a 14-year-old Rohingya girl, describes the effect of being forced into sex work after the disappearance of her family: “I used to play in the forest with my brother and sister. Now I don’t remember how to play.” (The Rohingya children trafficked for sex – BBC News)

Pope Francis appeals “to all men and women of good will … not to become accomplices to this evil, not to turn away from the sufferings of our brothers and sisters, our fellow human beings, who are deprived of their freedom and dignity. Instead, may we have the courage to touch the suffering flesh of Christ, revealed in the faces of those countless persons.” (No Longer Slaves but Brothers and Sister)

We pray for child laborers around the world, 88 million boys and 64 million girls, half of whom are between 5-11 years of age, who must work because of family poverty, migration conflict and other injustices.

We pray for each of these children, who has a name and a human face.

We pray for the organizations who are working to end the tragedy of child labor, for the progress they have made, for the children they have helped, and for their determination to continue their research and advocacy. May their work be recognized and supported.

We pray for ourselves, that we may take the time to care about these children and support those who care for and advocate for them, for they are our children, made in the image of the Creator, children who have names, who are precious in God’s sight.

(Excerpts from Prayer for Child Laborers, by Jane Deren, Education for Justice)

iRestavèk is a form of modern-day child slavery that persists in Haiti, affecting one in every 15 children. Typically born into poor rural families, restavek children are often given to relatives or strangers. In their new homes, they become domestic slaves, performing menial tasks for no pay.