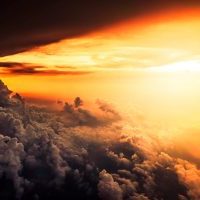 Trust in God and walk in His way; then He will also be with you,
the infinitely good and merciful God.
Trust and Dare, January 22 # 714