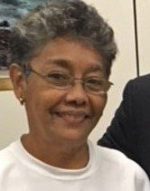 Growth of Missions in Honduras

On June 11, 1952, the first SSNDs went to Honduras for the summer. There they were to be a presence among the people and offered catechism classes. Four years later on June 1  five SSNDs left St. Louis to work in Honduras.  On the 21st of the month, they set up the first permanent SSND foundation in the city of El Progreso, Honduras, the seat of the Diocese of Yoro. In 1975, before Rosa Maria Trochez was a member of the congregation, she found herself rounded up and imprisoned for 11 days, She had witnessed the Honduran military murder two priests who served the people in the area. While in prison she started to read the Bible. After her release, Rose was determined to become an SSND. She professed her final vows as a School Sister of Notre Dame in September 1991. She is a member of the Province of Latin America and the Caribbean. The SSND sisters work to defend the rights of the people, especially women, living in impoverished communities. This takes the form of helping women, of any age, develop all their God-given talents often through informal education. Some like Sister Rose, also work as social justice activists sharing information on the desperate condition in Honduras with all people from sisters in the US to members of Congress to meetings at the UN.