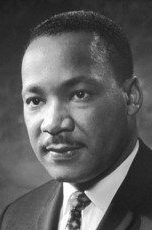 While Doctor Martin Luther King Jr. is known in the US for his fight to have policies and laws supporting racial discrimination in the southern states made unlawful, it is important to note that he also extended his efforts to other US states.  Many SSNDs took part in the Civil Rights movement by marching against racial discrimination and, in some of the schools in the South staffed by the sisters, threatening to withdraw the SSNDs from the schools. In the North, some members of the congregation worked to desegregate the Catholic schools. These positions were not easy to take.  It is important to see that his efforts shaped the vision of  UN delegates from developing countries in Africa and helped unify their efforts to fight racial injustice, particularly in South Africa.