General Chapter members continued with the nomination and election process on Monday. Before they entered into their work, Sister Mary Maher opened the day by sharing two of the many letters that the sisters have received offering blessings and support.

An elderly couple who attend daily mass at the Bon Secours Retreat and Conference Center sent a note offering their prayers and a donation as a sign of appreciation for the education that they received from the Grey Nuns of the Sacred Heart and the Dominicans in New York City, Sister Mary said.

In their letter, they quoted the theme for the Chapter, “Trust and Dare. Content with little, we joyfully direct our entire lives toward the oneness for which Jesus Christ was sent,” and noted that it “is a theme that Catholics throughout the world can strive to live by.”

Sister Mary also shared an update that she received from Sister Bernadine Fontánez, in Puerto Rico. Sister Bernadine, who was scheduled to serve as an interpreter at the General Chapter, was unable to travel from Puerto Rico after the hurricane in September.

The sisters at Villa Notre Dame in Puerto Rico are experiencing what most of the island is experiencing. As of Saturday, only 10 percent of the island has electricity and 60 percent has water. Access to communication technologies is even less. The sisters do have all that is necessary, including sufficient fuel for their generator. People have been extremely generous, Sister Bernadine wrote.

“Please continue your prayers so we can face each new day with hope and faith. We will hold each of you in our prayers as you discern what the Lord is calling us to do in order to go out into the world and bring the good news.” 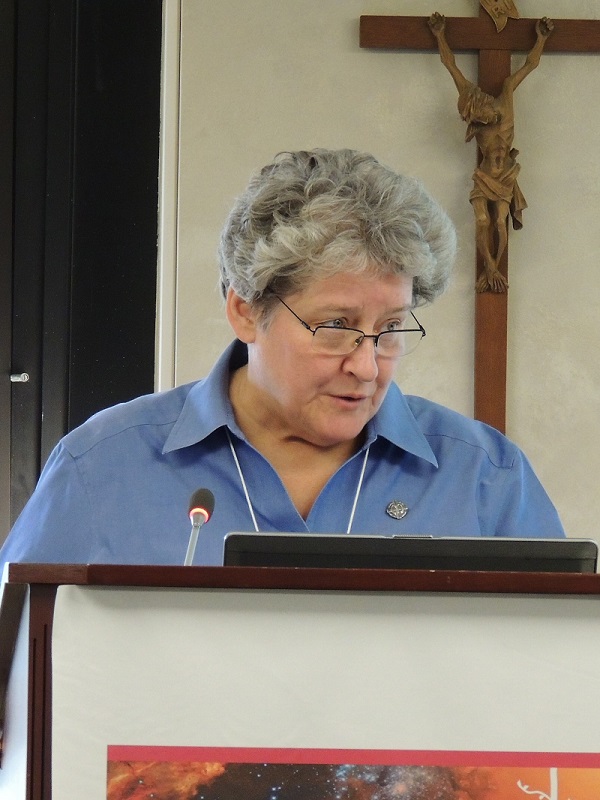 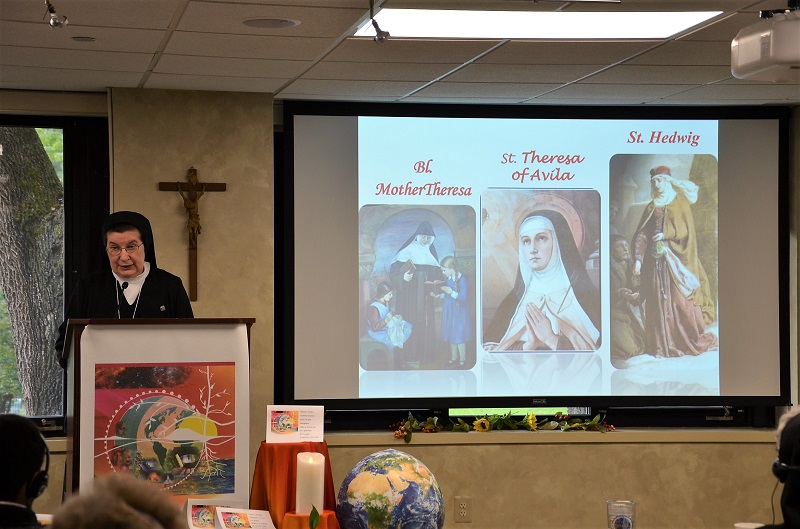 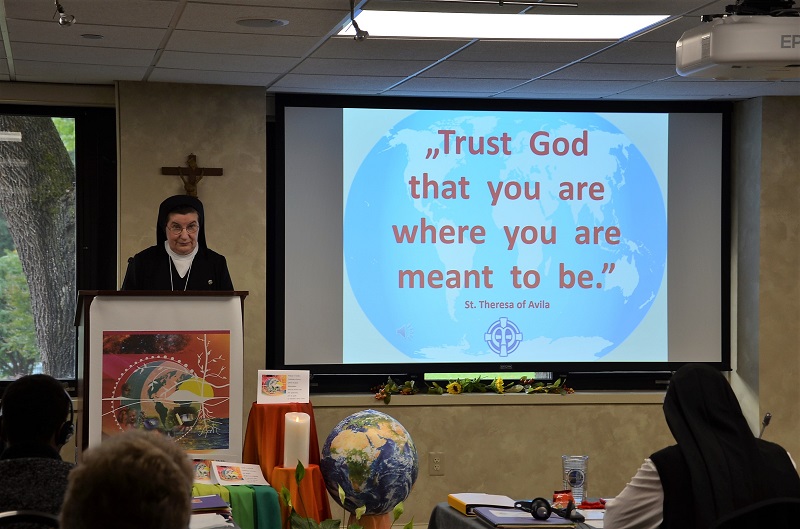