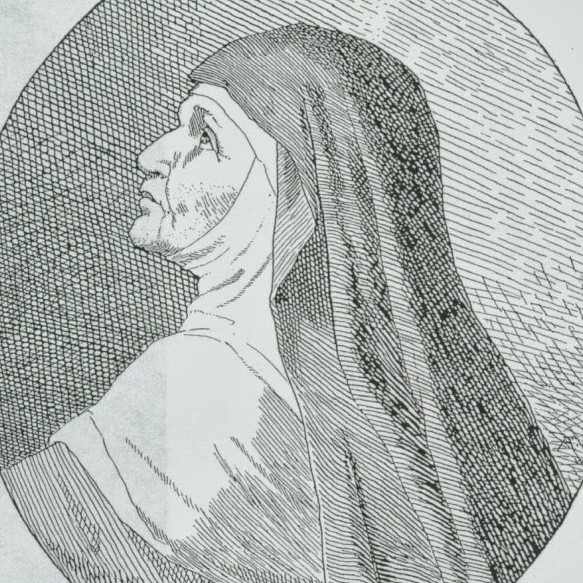 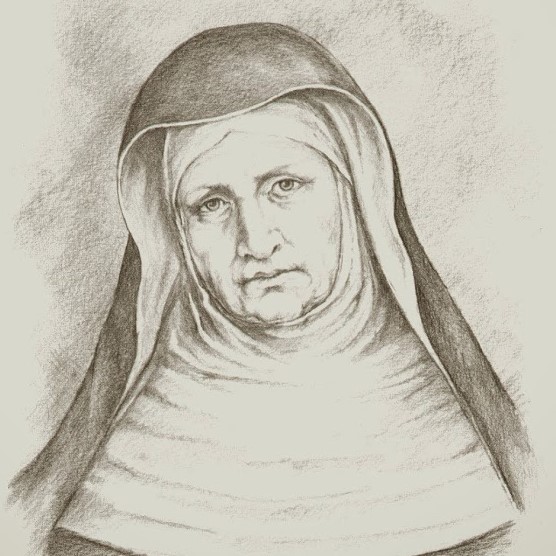 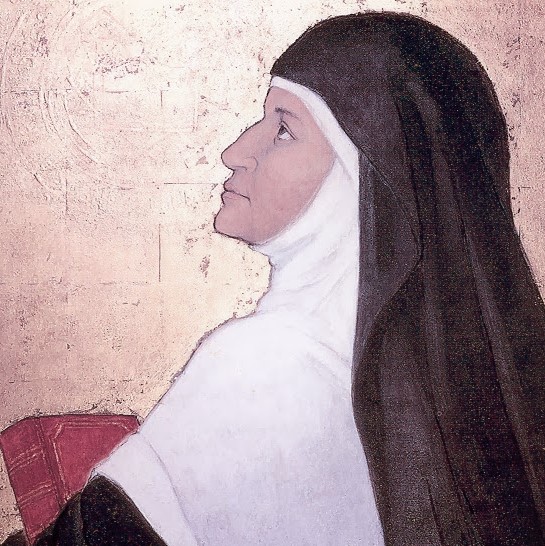 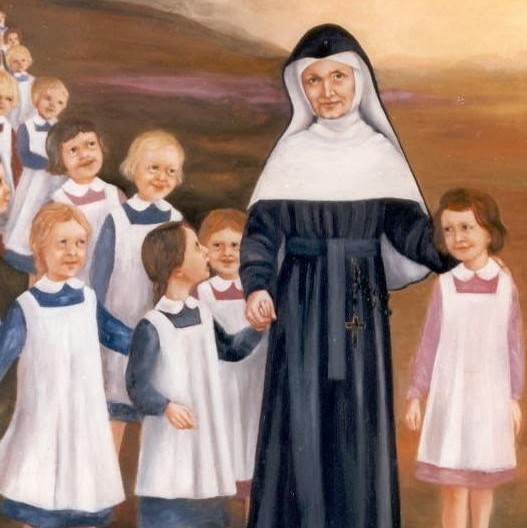 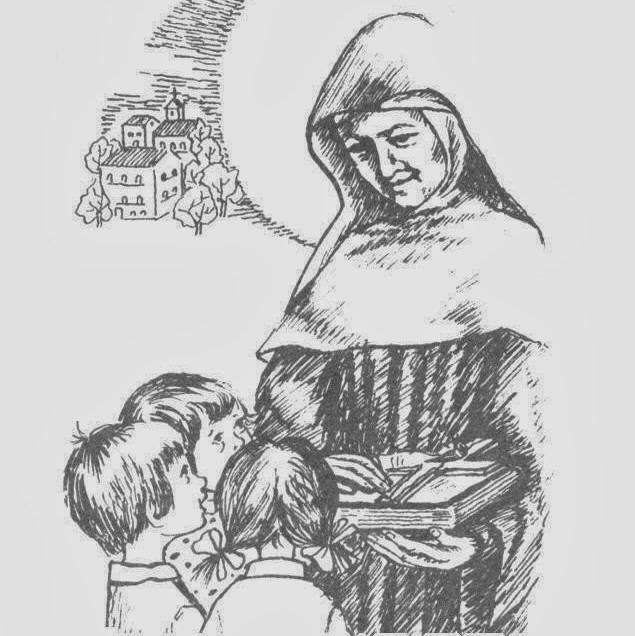 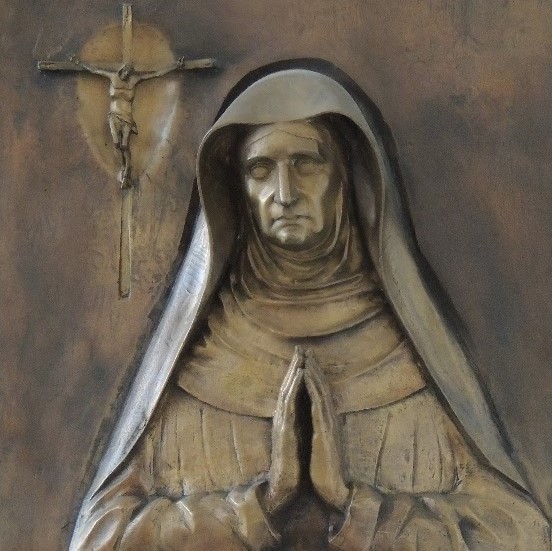 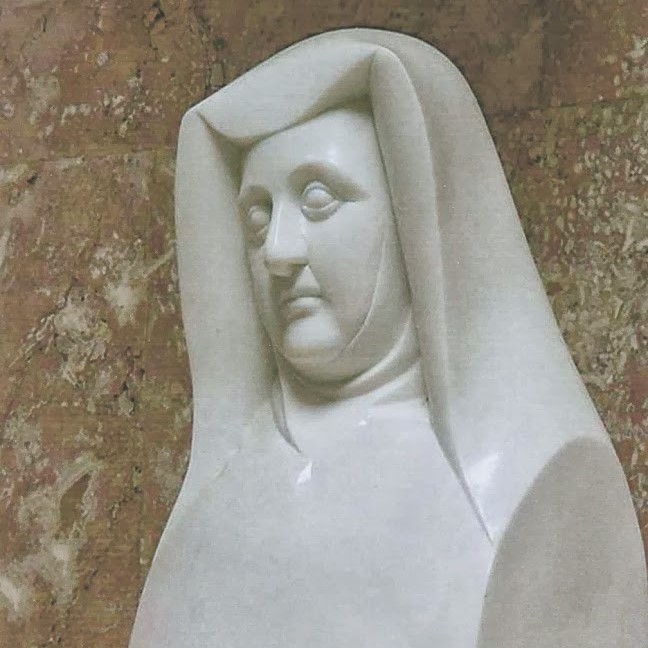 Carolina Gerhardinger was born on 20 June 1797 in Regensburg-Stadtamhof, the daughter of shipmaster Willibald Gerhardinger and his wife Franziska.

She attended the school of the Canonesses of Notre Dame in Stadtamhof until the closure in 1809 as a result of secularization. Bishop Wittmann, then cathedral pastor, tried to save the school by training former pupils as teachers.

Twelve-year-old Carolina and two other girls were educated as assistant tutors. At the age of fifteen Carolina successfully passed the “Royal Bavarian Teacher” examination.

Bishop Michael Wittmann promoted her extraordinary abilities and encouraged her in what she felt internally: the vocation to a religious life.

With his spiritual guidance, Carolina Gerhardinger and two companions began living a common religious life in Neunburg vorm Wald on 24 October 1833. This was the beginning of the congregation of the School Sisters of Notre Dame

When Bishop Wittmann died that same year, Karolina Gerhardinger found support in Fr. Franz Sebastian Job, a friend of Bishop Wittmann and confessor to the Empress Caroline Augusta of Austria. When he unexpectedly died in 1834, the life of the religious foundation was in question again. Mother Theresa persevered.

On 16 November 1835, Karolina made her vows in the St. Gall’s chapel in Regensburg and took the name Mary Theresa of Jesus.

Her apostolic concern was to educate girls and thus contribute to the Christian formation of the family and to the improvement of society.

The young religious community grew rapidly. In 1839, she opened a convent in Munich, in the Au district.

Theresa Gerhardinger considered it necessary to build a centrally located motherhouse, which could also serve as a training center for young sisters. With the support of King Ludwig I, she received for this purpose the vacant convent of the Poor Clares at the Anger in Munich. The new motherhouse in Munich was solemnly blessed on 16 October 1843.

In 1847, Mother Theresa answered a call for sisters to come to North America. She and five young sisters sailed to North America and within a year founded eight missions. She then named 26-year-old Sister M. Carolina Friess as her vicar for the American missions.

After her return from America, Mother Theresa received many requests from other parts of Germany and from other European countries. The congregation continued to expand.

The leadership role of Mother Theresa, a woman, was questioned by Karl August Graf von Reisach, the Archbishop of Munich and Freising. The confrontation ended happily in 1865 when Pope Pius IX approved the Rule of the congregation. This meant that the central government of the congregation which provided for central leadership by a woman was also approved.

On 9 May 1879, Mother Theresa of Jesus Gerhardinger died in the Angerkloster in Munich. Her grave is in St. Jacobs church.

On 17 November 1985, Mother Theresa of Jesus Gerhardinger was beatified by Pope John Paul II in Rome. We celebrate her feast day on 9 May, the anniversary of her death.

On September 3, 1998, a portrait bust of Mother Theresa was placed in Walhalla to honor her achievements as a pioneer of women’s education in Bavaria.

According to Minister of Culture Hans Zehetmair, her work has “contributed decisively to the improvement of the life and educational situation of women and girls”.

• Español: Province of Latin America and the Caribbean website.

• Português: Province of Latin America and the Caribbean website.

• Internet Archive:  digital version of The Life of the Reverend Mother Mary Teresa of Jesus Gerhardinger, by the Reverend Frederick Friess, translated into English.